Average & median sale prices in Maryland climbed in 2018, according to the Maryland REALTORS®.

Within the state, only Somerset County, reported an increase in units sold for 2018. All other jurisdictions registered a decline in units sold when compared to 2017.

"Overall, the 2018 residential average and median sale prices remained stable for a second year," said Maryland REALTORS® President Merry Tobin. "The average and median sales price increases were driven by the brisk buyer competition in the ongoing low inventory marketplace. The decline in units sold indicate the market is continuing to slow due to lack of inventory," added Tobin. 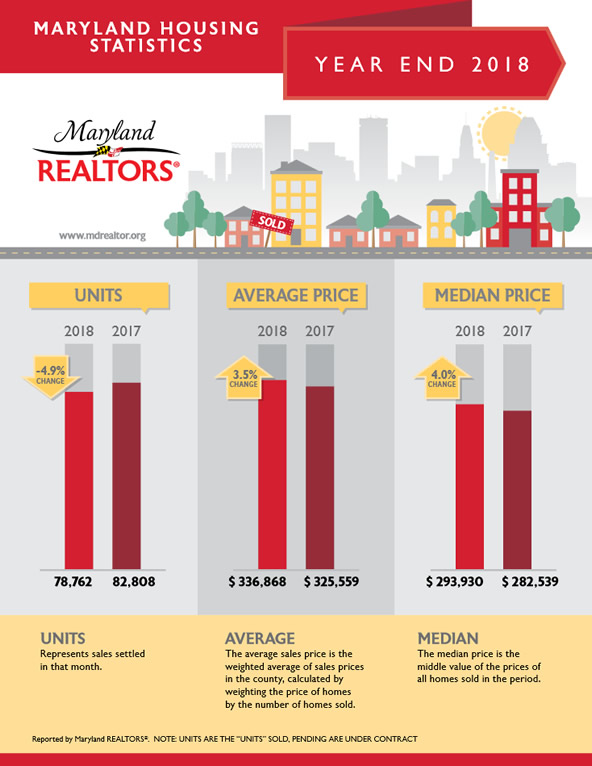 The Voice for Real Estate in Prince George's County
PGCAR is the voice for REALTORS® in Prince George's County, Maryland. Representing more than 3,500 real estate professionals in the national capital area, PGCAR is an affiliate of the Maryland and National Association of REALTORS®. We are proud to serve our members and our community, and work to ensure professionalism in the industry. Our volunteers and staff work to offer services to real estate professionals and to provide avenues for our members to become more successful. We proudly work to promote and protect home ownership and private property rights.